Get With the Program! How to Enroll in Medicare

Here’s how to get started: 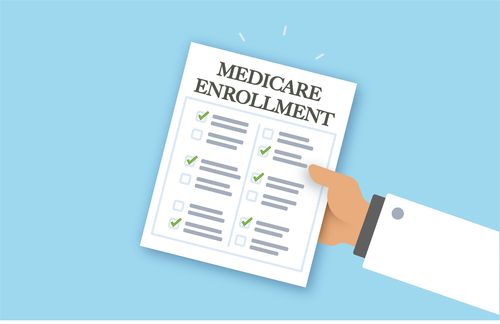 With 10,000 baby boomers turning 65 every day,[1] understanding how and when to enroll in Medicare is a big deal for a major slice of the U.S. population, especially since late enrollment can lead to penalties that last a lifetime. Here’s how to get started with Medicare:

Generally speaking, you’re automatically enrolled in Medicare Part A (hospital insurance) the month you qualify for Medicare if you’re already receiving Social Security, Railroad Retirement Board retirement or disability benefits. For example, if you turn 65 on May 9th and you’re receiving Social Security benefits, you’ll be automatically enrolled in Medicare May 1st. Enrollment also will occur automatically if you live outside the 50 states or Washington, D.C., (in Puerto Rico, for example).

If you’re not automatically enrolled:

Enrollment periods for Medicare Part B (medical insurance), including automatic enrollment, are the same as with Part A, with several exceptions:

It is important to either sign up for Medicare Part B when you are initially eligible, or you may be assessed with a late enrollment penalty that can be tacked on to your Part B premium for as long as you have Medicare.

Beneficiaries generally can enroll in a Medicare Advantage plan during the following periods:

Qualifying beneficiaries have the option of receiving their prescription coverage through a Medicare Part D Prescription Drug Plan. Periods for enrolling in a Part D plan include:

Medigap plans are available to people enrolled in original Medicare Part A and Part B and are used to cover co-pays, deductibles and other costs not covered by Medicare. The best time to enroll in a Medigap plan typically is during the Medigap Open Enrollment Period (OEP), which begins on the first day of the month that a beneficiary is both enrolled in Medicare Part B and is age 65 or older. This enrollment period lasts for six months.

If you miss your Medigap Open Enrollment Period, in most cases you won’t get it again. However, there are certain situations when you may have guaranteed issue rights to enroll in a Medigap plan.

*Pre-existing conditions are generally health conditions that existed before the start of a policy. They may limit coverage, be excluded from coverage, or even prevent you from being approved for a policy; however, the exact definition and relevant limitations or exclusions of coverage will vary with each plan, so check a specific plan’s official plan documents to understand how that plan handles pre-existing conditions.