Most Medicare beneficiaries are happy with their health coverage but worried about the program’s future, a new survey shows. At the same time, sentiment surrounding the much-publicized concept of “Medicare for all” is evenly split among seniors.

Those are the primary takeaways from eHealth’s Medicare Consumer Survey, an on-going snapshot of consumer views about Medicare. The latest results were based on voluntary responses from more than 2,000 Medicare enrollees who purchased Medicare Advantage, Medicare Part D, or Medicare Supplement (Medigap) plans through eHealth websites in January and February 2019.

By a sizable margin, those surveyed believe controls on drug costs are essential to the ongoing stability of the program: 73% said caps should be placed on prescription drug costs to help ensure the future of Medicare, while 25% suggested paying doctors and hospitals less. 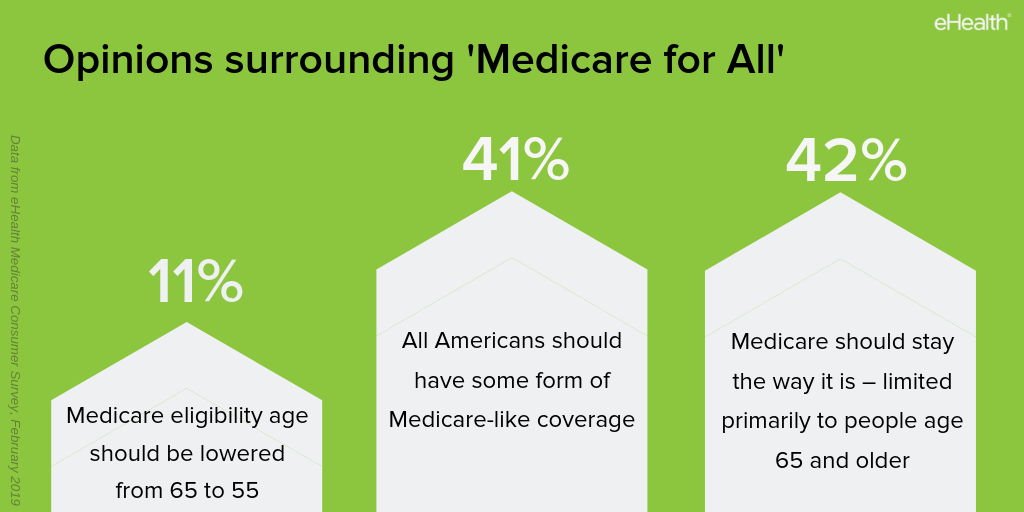 Opinions surrounding “Medicare for All,” meanwhile, is mixed:

Those under the age 65 and over the age 80 are most likely to say all Americans should have Medicare-like coverage (48% and 45%, respectively). By comparison, 38% of people age 65-70 feel the same.

eHealth will continue tracking these and other trends among Medicare enrollees in the months to come. To read more about the results of eHealth’s recent survey, click here.