Even so, the cost of coverage in the individual market remains punishingly high, particularly for middle-income consumers who earn just too much to qualify for government subsidies. The average unsubsidized monthly premium is more than 400 percent higher than the average premium paid by consumers in the ACA market who receive federal subsidies.

Data presented in eHealth’s report reflect plan selections made by individuals who bought coverage through eHealth during the 2019 ACA open enrollment period, which ran from November 1, 2018 through December 15, 2018. 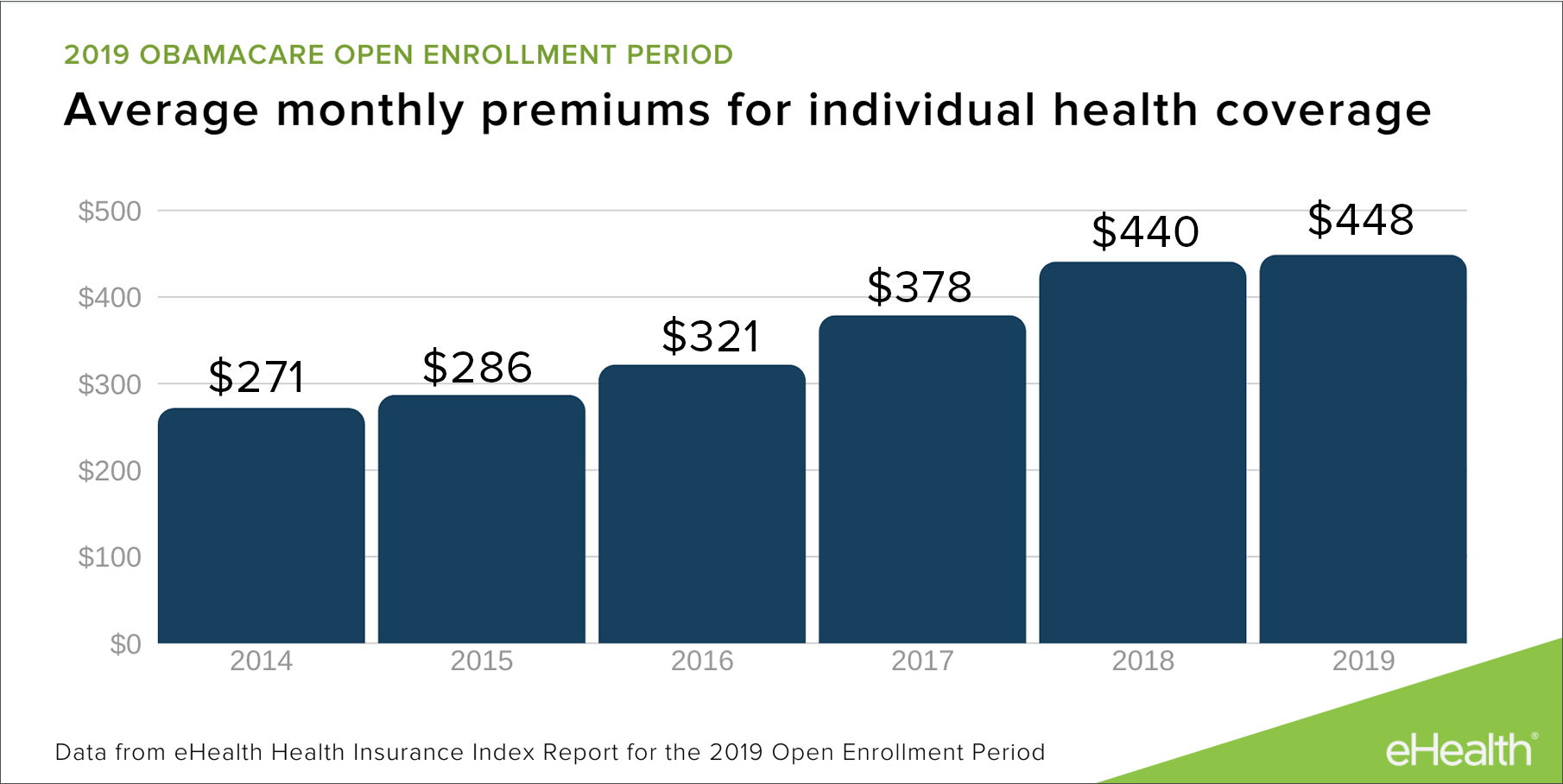 According to the eHealth report:

eHealth is one of the few organizations that publishes costs and trends about ACA consumers who earn too much to qualify for federal subsidies designed to mitigate the cost of ACA insurance premiums and out-of-pocket expenses.

For more on the ACA market for consumers who do not qualify for subsidies under the ACA, see eHealth’s Health Insurance Price Index Report.