American consumers may be evenly split about the wisdom of Medicare for all proposals, but most agree the federal government should take steps to reduce prescription drug costs, including importing medications from outside the U.S.

Those were the key takeaways from a recent eHealth survey of 1,860 consumers who bought either Medicare or Affordable Care Act (ACA) health plans through eHealth during the month of October.

Opinions about extending Medicare to include coverage for those under age 65 were sharply divided: 35% of respondents said they would support a candidate who endorses a Medicare for all proposal to reform the U.S. health system, while 36% said they would not support such a candidate. Almost a third (29%) had not made up their minds on the issue.

Among those who support the concept, some doubts evidently exist about whether Medicare expansion could actually happen. Nearly half of all respondents (48%) believe it unlikely that Medicare for all would be implemented if a candidate supporting it is elected in 2020; while fewer than one-third (32%) of respondents think it likely that such a program would be implemented. Women were more likely to believe Medicare for all could become a reality than men, with 33% considering it likely, versus 25% of men.

Support for action on drug prices

In contrast to the diverging views about Medicare expansion, the vast majority of respondents agreed that the federal government should take action to lower the costs of prescription drugs: 87% support government initiatives to negotiate directly with drug makers, and 74% support government policies that would allow drugs to be imported from outside the U.S. 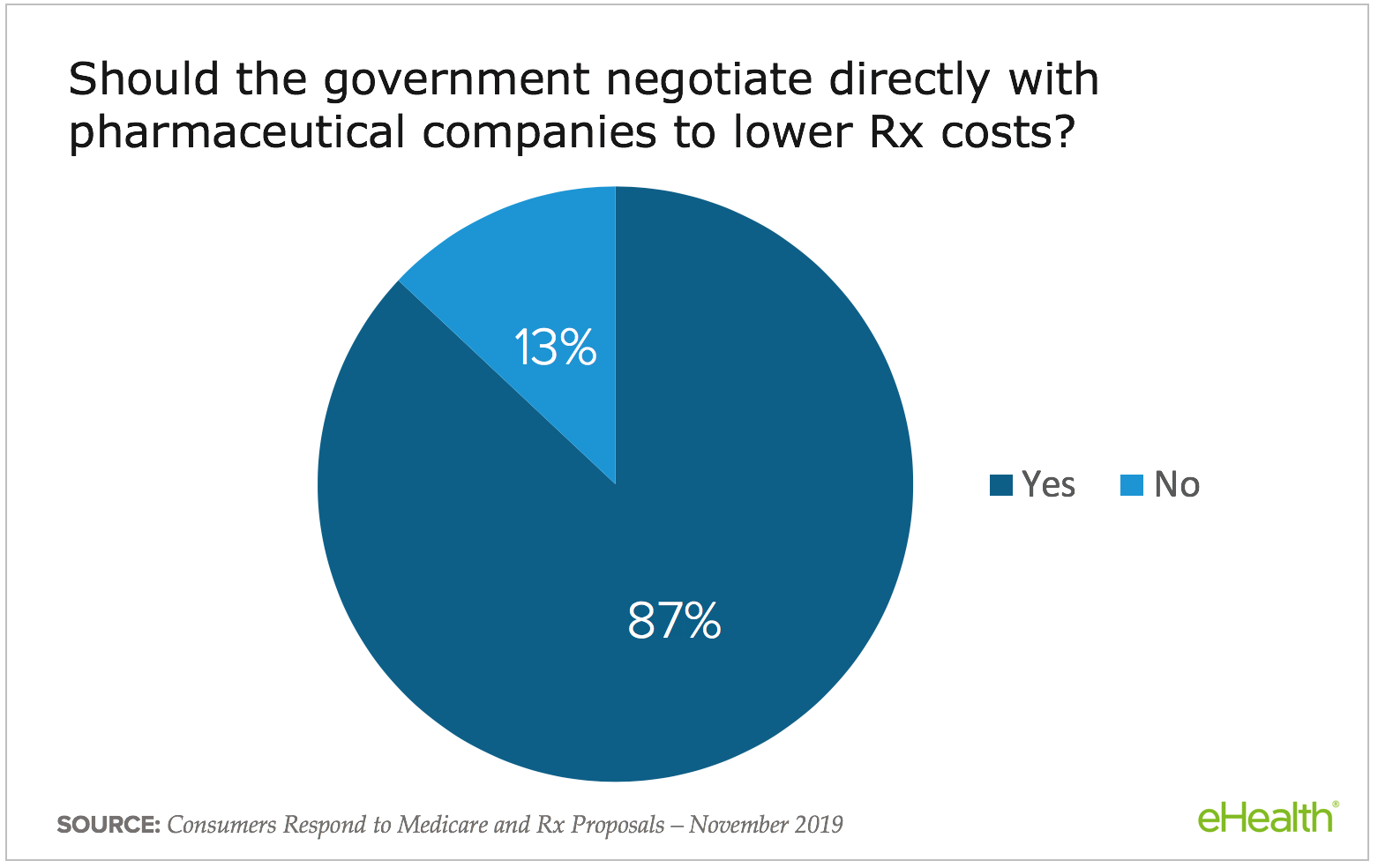 Income affects views on drug cost negotiations: Fully 97% of respondents with annual incomes between $100,000 and $150,000 support direct government negotiations with drug companies lower costs, versus 79% of those earning more than $200,000 per year.

Some consumers already are buying lower-cost medications from outside the U.S. According to the survey, 21% of ACA plan enrollees with a household income of between $75,000 and $100,000 have purchased drugs from outside the country to save money. That compared to less than 5% of those with incomes of less than $25,000.