Hard Choices: Majority of Consumers Have Avoided Needed Health Care Due to Cost

Nearly two-thirds of consumers have skipped medical care or avoided filling prescriptions in the past due to cost, a new eHealth survey shows.

The troubling statistic underscores the extent to which cost considerations can directly impact Americans’ health. The survey was conducted in July. More than 800 customers who purchased Affordable Care Act-compliant plans on eHealth responded.

Among those who’ve been compelled to forego care or medications because of cost, women were more likely to have done so than men (69 percent versus 53 percent), as were those who received ACA subsidies (72 percent) compared to those who don’t (60 percent).

Nearly half of those responding (48 percent) said the cost of deductibles and copays was their biggest concern when they needed medical care. About a quarter (25 percent) cited the cost of monthly premiums as their top concern. Just 3 percent worried about the cost of prescriptions.

Other findings from the survey:

Average deductibles for individuals and families are high. According to eHealth’s Health Insurance Price Index Report for the 2019 open enrollment period, unsubsidized eHealth customers selected plans with deductibles averaging $4,320 for individual coverage and $8,071 for family coverage. 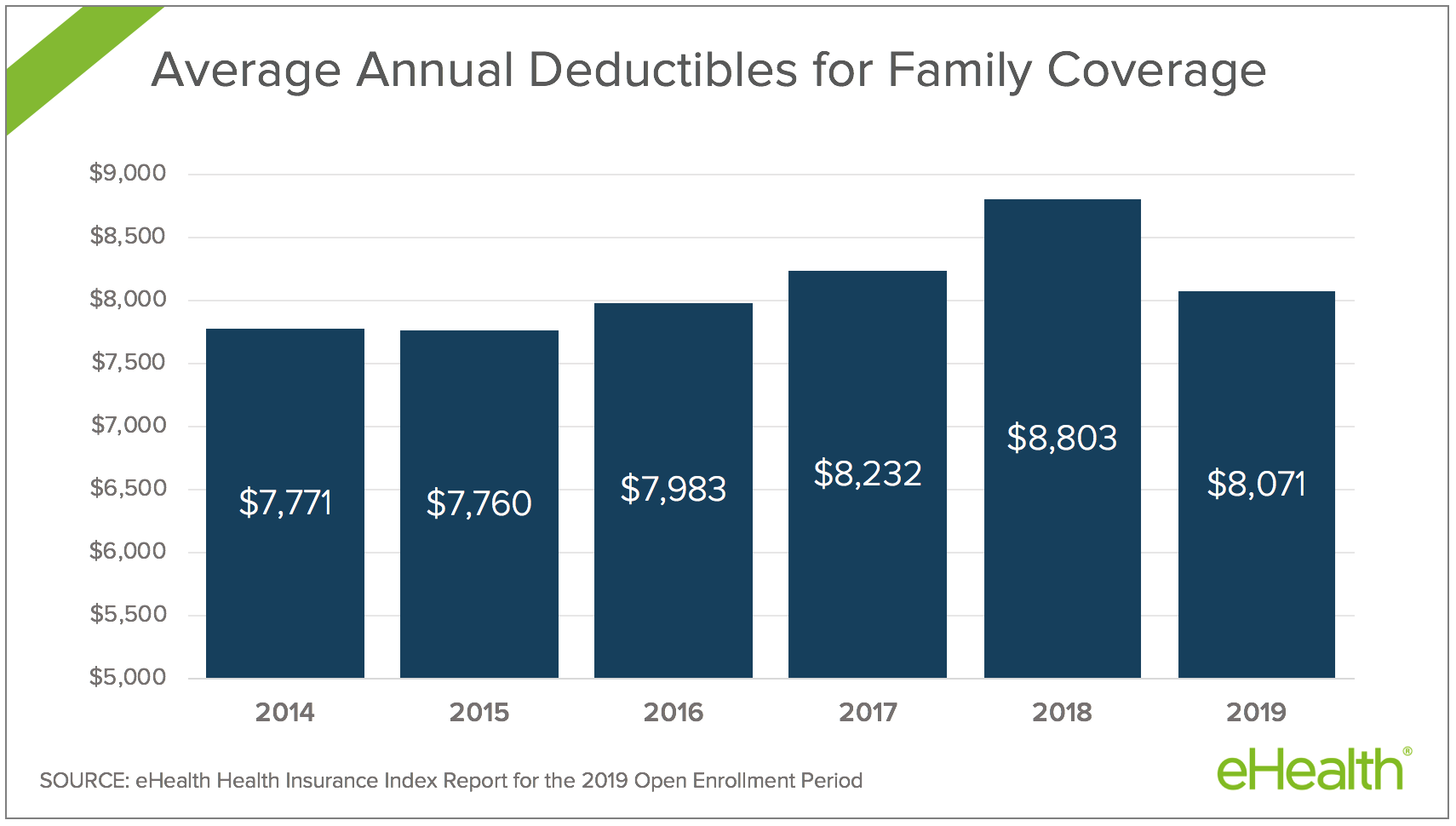