Open enrollment season has arrived. The nationwide open enrollment period for people who buy health insurance coverage on their own under the Affordable Care Act (ACA) began on November 1 and is scheduled to continue through December 15, 2019 (though a few states have extended enrollment periods).

For many consumers, this may be their only chance to review their coverage options and pick a new plan for 2020.

A recently published survey from eHealth looks into ACA enrollees’ intentions for 2020, and specifically at how they feel about the premiums they’re paying. Responses from 508 eHealth customers were collected.

Here are some of the survey’s key findings:

Most people enrolled in ACA plans intend to shop during open enrollment
Nearly eight in ten respondents (79%) said they intend to review their 2020 coverage options before the end of open enrollment. 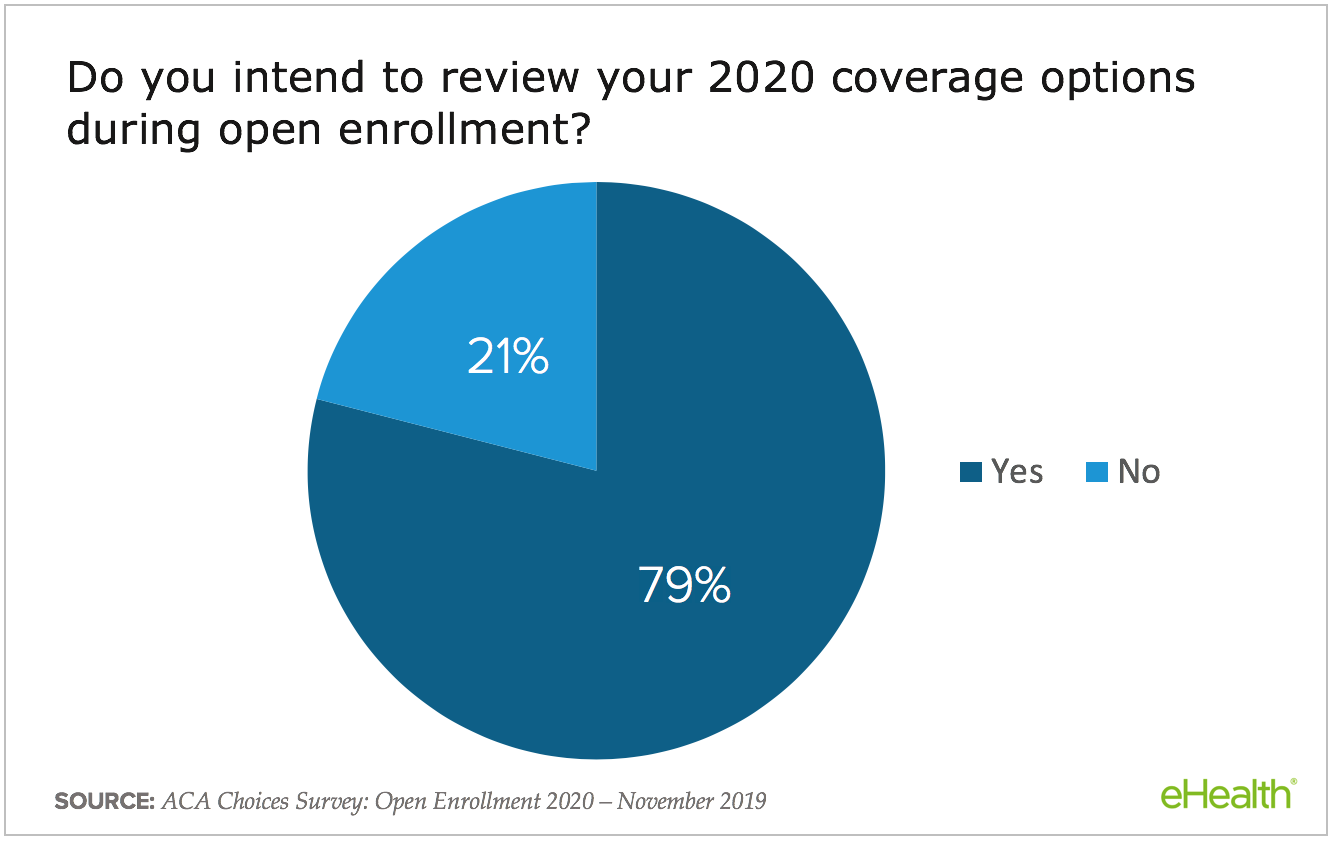 “For years we’ve encouraged people who buy health insurance on their own to review their options every year during open enrollment season,” said eHealth CEO Scott Flanders. “It’s encouraging to hear that most intend to do just that in a year when many new plan choices are available.”

eHealth found that while 76% of those receiving government subsidies expressed satisfaction with their monthly premiums, only 33% of those not receiving subsidies felt the same way.

Most people choose a plan based on premium
The monthly premium you pay for coverage is only one element of the overall costs associated with your health insurance plan. Another big factor is the out-of-pocket costs you may face when you need medical care. These may include annual deductibles or copays for doctor visits or prescription drugs.

However, eHealth found that when shopping for coverage, most people pick their plan based on the monthly premium. More than half (54%) said the monthly premium was their most important consideration. Only 21% cited out-of-pocket costs. 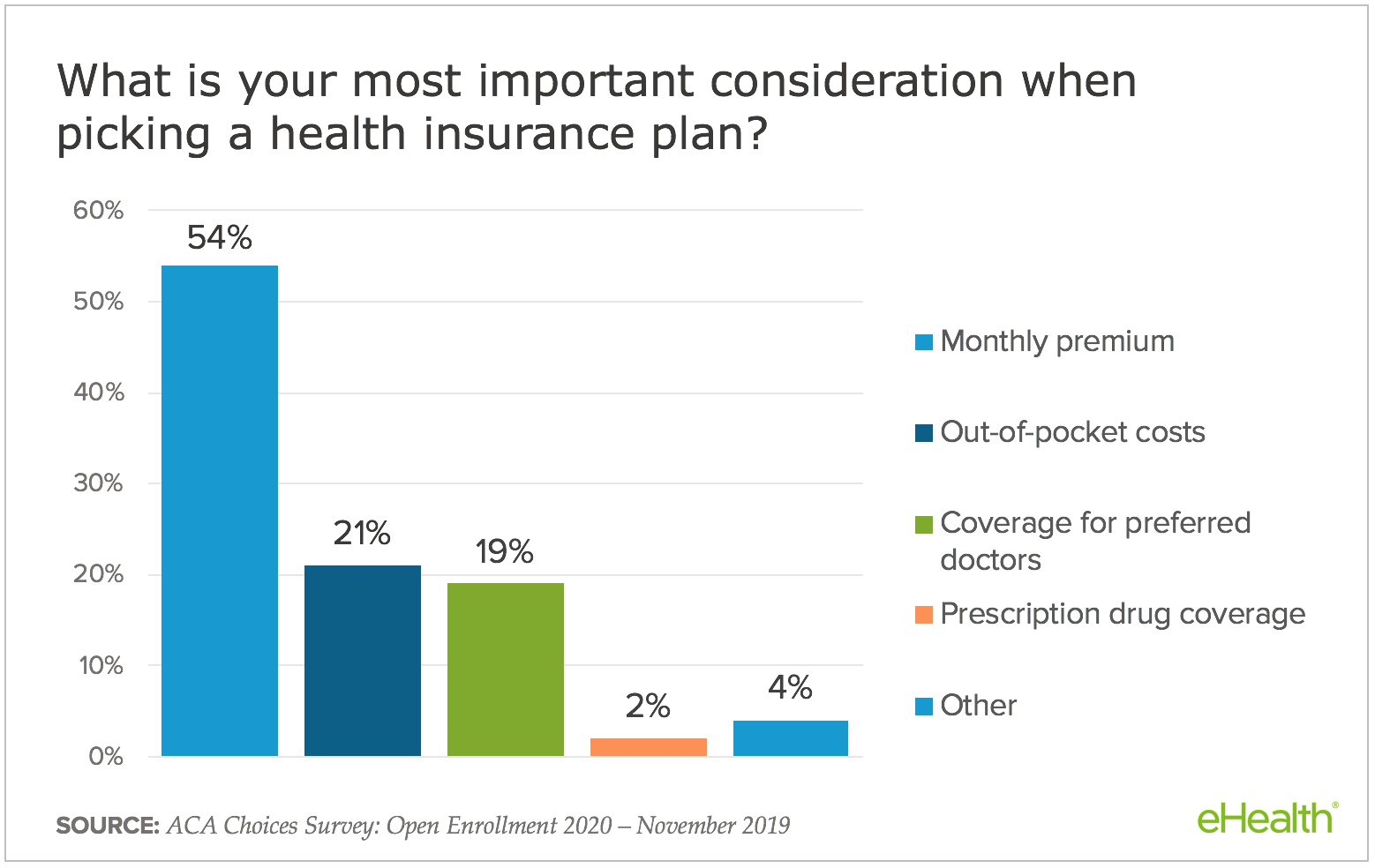 As previously reported by eHealth, out-of-pocket costs for 2020 plans are on the rise, even as premiums are declining. eHealth’s Flanders explained why consumers should be wary of lower premiums and dig deeper when considering their options:

"Even if you received a notice from your insurer saying that your premium is going down, you need to compare options and make sure you have the protection from out-of-pocket costs you need should you or a family member fall ill."