Priced Out: Millions Who Don’t Qualify for ACA Subsidies Have Left the Market

Soaring premiums for Affordable Care Act (ACA)-compliant health insurance plans between 2016 and 2018 fueled a marketplace exodus of consumers unable to qualify for federal subsidies to help offset rising costs. That was the finding of a new Centers for Medicare and Medicaid Services (CMS) report.

According to CMS, 2.5 million unsubsidized individuals left the ACA market between 2016 and 2018, representing a 40 percent drop nationally.

The numbers reflect, in part, the real-world impact of rising ACA premiums and deductibles on middle-class consumers. Although unsubsidized premiums finally began to level off in 2018, they’ve climbed relentlessly since the ACA’s inception: Up 65 percent for individuals and up 73 percent for families since 2014, according to an analysis done by eHealth.

Deductibles are similarly high. According to eHealth’s annual Health Insurance Price Index, unsubsidized eHealth customers selected plans with deductibles averaging $4,320 for individual coverage and $8,071 for family coverage during the 2019 open enrollment period. For a family a four, the average potential total cost of care when premium and deductible expenses were combined topped $25,000 annually.

Although the federal government provides no specific definition as to what constitutes the middle class, middle-class income levels were recently defined by the Pew Research Center as those earning between $41,119 and $122,744 in 2017, or between 67 percent and 200 percent of the 2017 medium household income of $61,372. 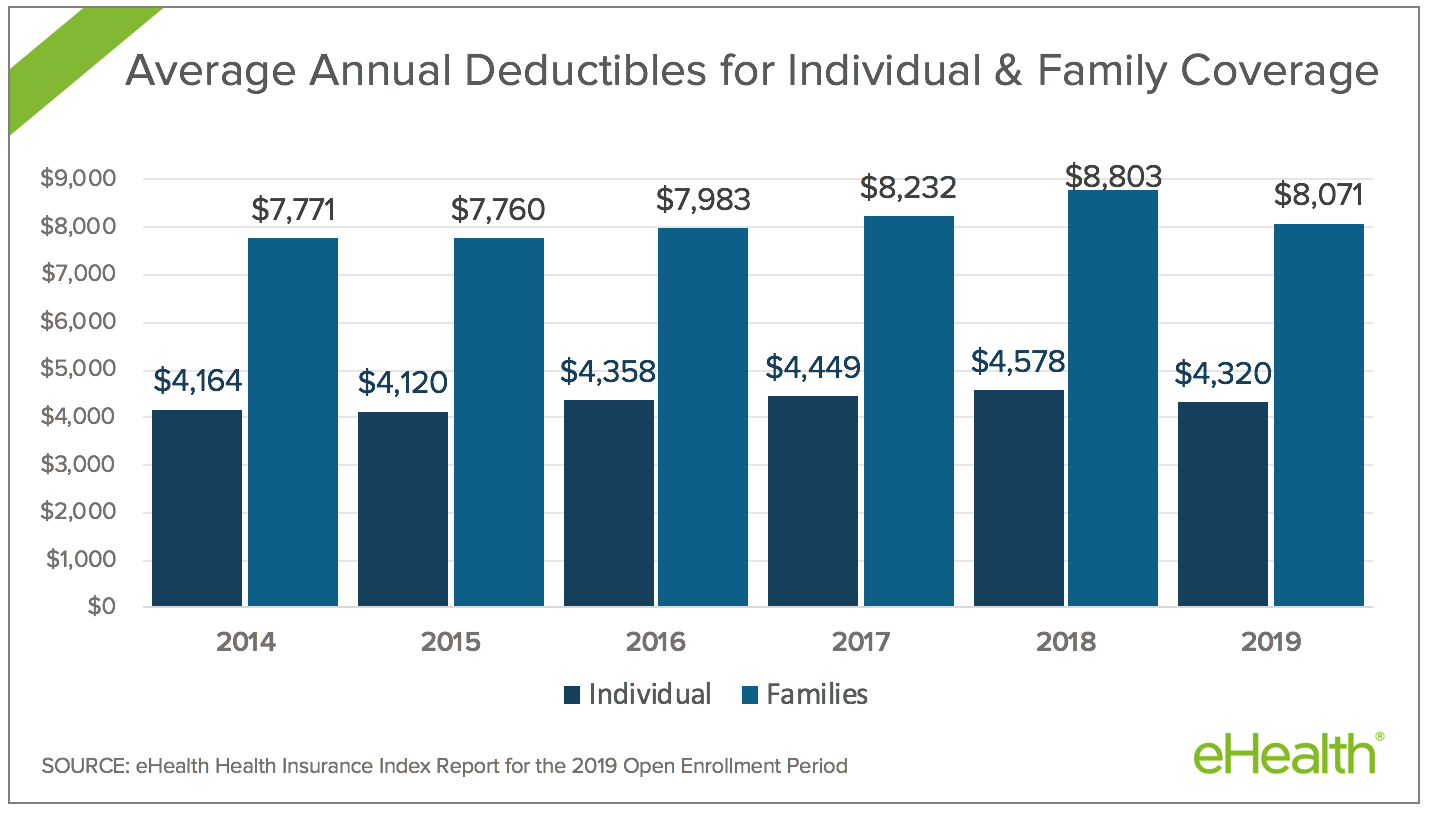 In most states, subsidies are available only to those earning less than 400 percent of the federal poverty level. That threshold in 2019 puts assistance beyond the reach of individuals earning more than $49,960, couples exceeding $67,640, and families of four making more than $103,000.

A recent survey of eHealth customers who purchased ACA-compliant plans found that when it comes to health care, 53 percent worried most about affordable premiums, while 12 percent were primarily concerned about deductibles and copays. Significantly, nearly two-thirds of consumers surveyed said they’ve skipped medical care or avoided filling prescriptions in the past due to cost.