The specter of continually rising premiums represents Americans’ biggest fear when it comes to the future of health insurance. That’s among the findings of a new eHealth survey shows.

The survey -- conducted in July with more than 800 customers who purchased Affordable Care Act (ACA)-compliant plans on eHealth -- found that 53 percent of respondents were most worried about affordable premiums, while 13 percent were primarily concerned about deductibles and copays. 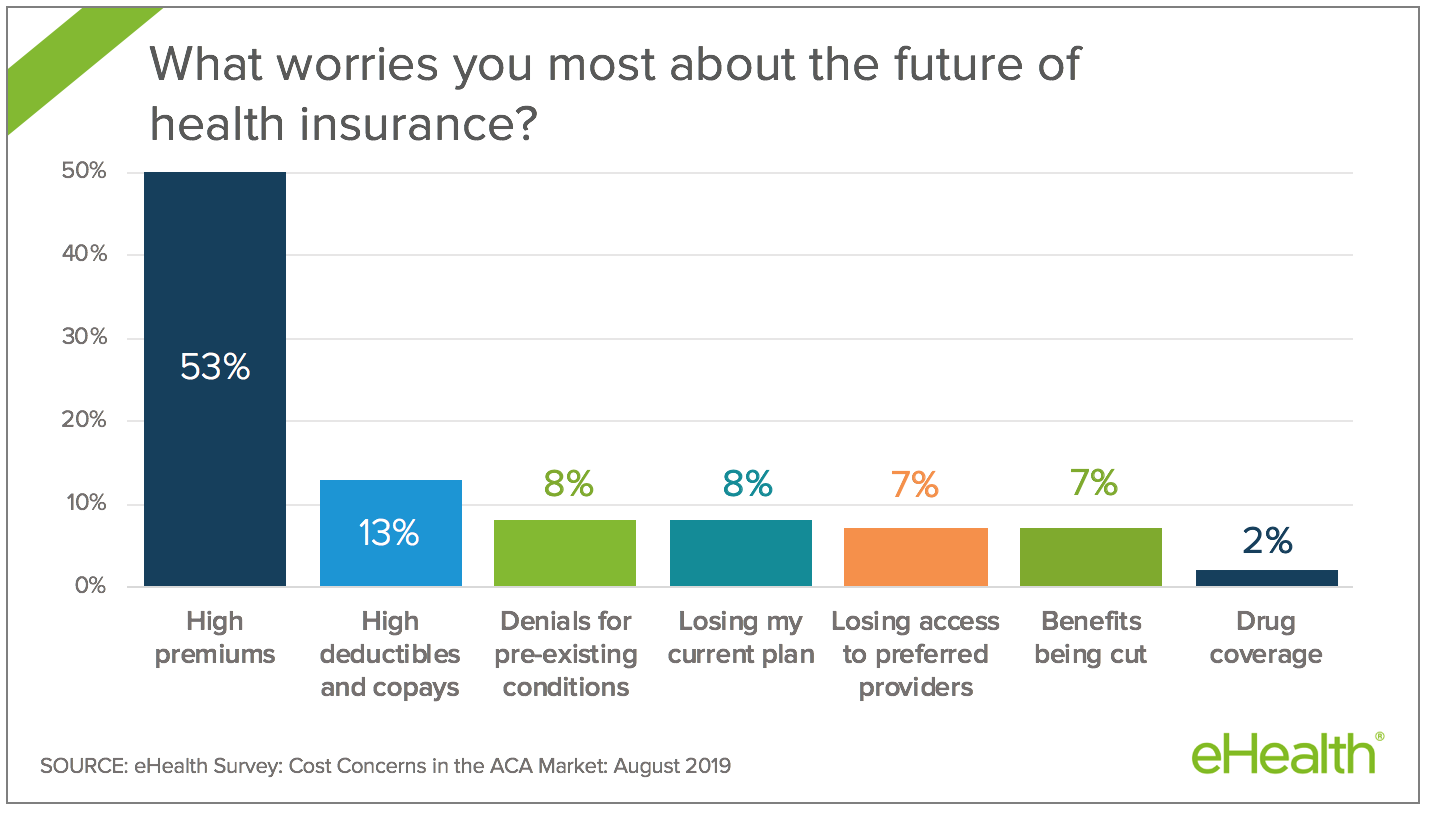 When it comes to possible solutions to rising healthcare costs, a majority of those surveyed (64 percent) want caps on drug prices to bring down the cost of care. Just over a third (34 percent) say doctors and hospitals should be paid less, while more than a quarter (27 percent) said the rich should be taxed more to subsidize the cost of care for others. Nine percent thought health insurers should charge more.