It’s an unnerving, all-too-common experience: You receive medical services but have no idea how much the encounter will cost. Only later, when the bill finally arrives, do you see exactly what you’re on the hook for. And chances are, it’s not pretty.

Surprise medical bills – whether the result of out-of-network care, a complex procedure or even a typical specialist referral -- can be a major source of anger, confusion and despair for patients. Much of that angst could be eased if hospitals and physicians generated out-of-pocket cost estimates before care was delivered.

But despite a widespread consensus in the industry about the importance of price transparency, a new eHealth survey shows providers have a long way to go when it comes to helping people understand their financial obligations at the point of care. 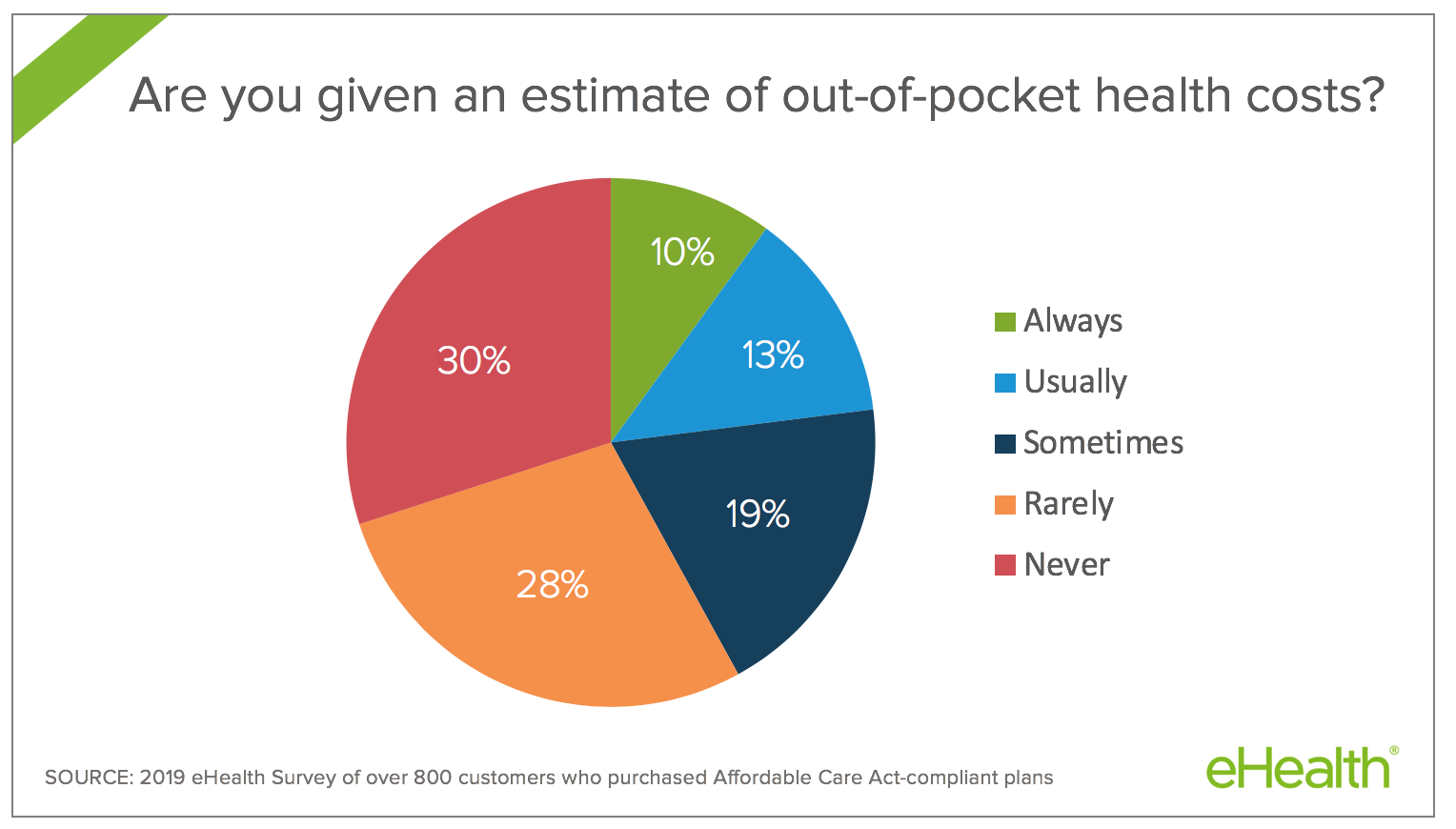 The survey -- conducted in July with more than 800 customers who purchased Affordable Care Act-compliant plans on eHealth -- found that more than half of those responding (58 percent) are `never’ (30 percent) or `rarely’ (28 percent) given an estimate of out-of-pocket costs by providers.

Among those who did receive estimates, 70 percent had to ask for it themselves, while just 30 percent said the estimate was provided without asking. And even when patients do receive estimates, there’s no guarantee the number will be accurate: More than four in 10 (44 percent) of those who received an estimate said they were charged more than the amount initially presented.

The good news from the survey? More than half of those who did receive an estimate said the amount ultimately proved `about right.’ However, among those who were charged more than the estimate, 62 percent said they had to pay the full bill; just 38 percent received a discount.

For those who didn’t have to pay the full bill, more than half (51 percent) said their health plan or agent helped them negotiate a lower charge, while 47 percent said the provider agreed to accept a lower payment.

Unfortunately, individuals and families who did not receive ACA subsidies to purchase their health coverage were more likely to be stuck with a full bill than those eligible for ACA subsidies (67 percent versus 55 percent).