This report presents an analysis of costs and trends among consumers not receiving government subsidies who selected Affordable Care Act (ACA) insurance plans through eHealth during the first half of the nationwide open enrollment period for 2020 coverage, which is scheduled to end December 15, 2019. Data presented in this report is drawn from November 1 through November 20, 2019 and comparisons are drawn with data published in eHealth’s Half-Time Report from the prior year.

Highlights for the first half of the 2020 open enrollment period: 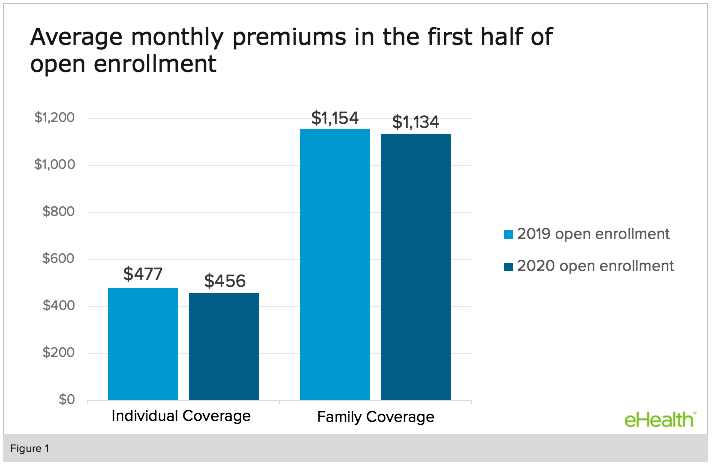 Most select a plan based primarily on monthly premium: 54% said the monthly premium is their most important consideration in selecting a health insurance plan.

Unsubsidized consumers are significantly less happy with premiums: 33% of those not receiving government premium subsidies expressed satisfaction with what they pay for coverage, compared to 76% of those who receive subsidies. 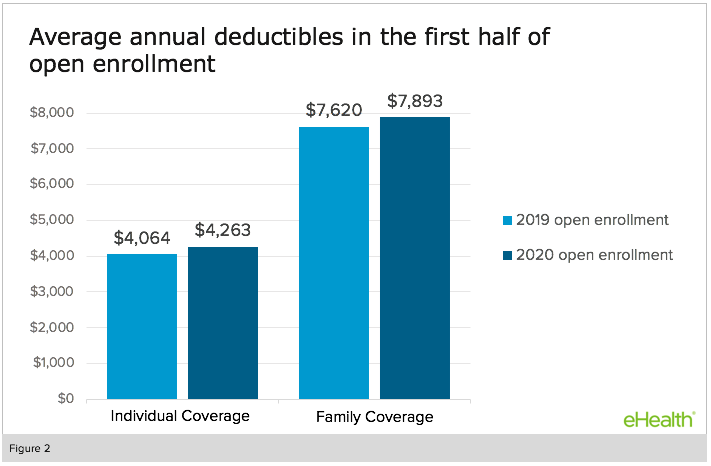 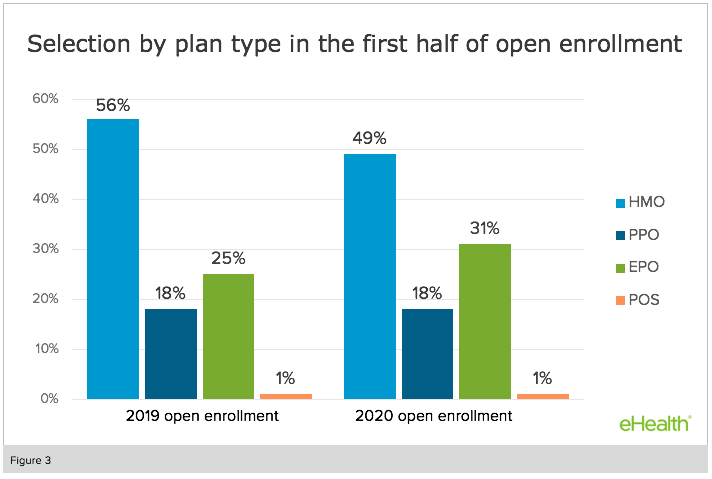 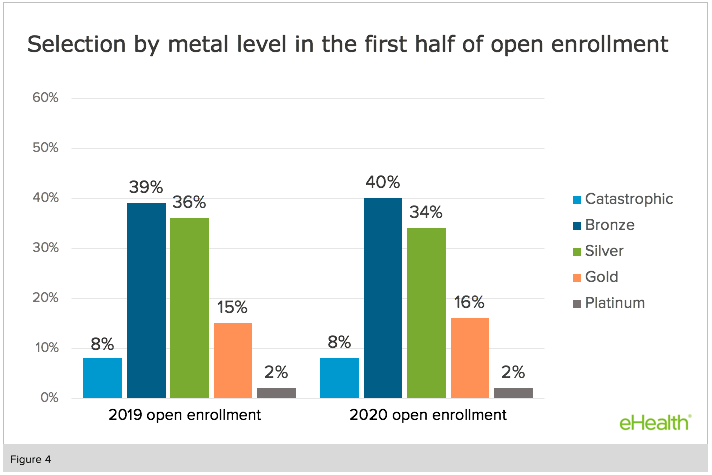 This report’s findings are based solely on submitted applications for individual and family plans compliant with the Affordable Care Act received by eHealth between November 1 and November 20, 2019. Comparisons are drawn with cost and trend data for the first half of open enrollment the year prior, originally published by eHealth on November 30, 2018. Only submitted applications for individuals and families not receiving government subsidies were included in this analysis. In order to provide a more representative snapshot of costs and trends, data from the state of Ohio was excluded due to the exceptional nature of products sold by eHealth in that state. Changes in average costs and plan selection year over year may be explained by a number of factors including changes to premiums, the introduction of new products, changes in the average age of eHealth customers, and others. All figures have been rounded to the nearest full dollar or nearest full percentage point. Actual premiums, deductibles and other features of specific plans may vary from the average numbers shown.