Seniors took full advantage of a recent “do-over” opportunity to swap out Medicare Advantage (MA) and prescription drug plans purchased last fall for alternative coverage options, according to a recent report by eHealth.

With the new option, the volume of Medicare applications on eHealth surged by 87% over the same period last year, from 28,641 applications in the first quarter of 2018 to 53,543 this year. More than half of respondents (53%) said they used the new open enrollment opportunity to switch from one MA plan with prescription drug coverage to another that also included a prescription drug benefit.

Why did people decide to switch their coverage? About half of all plan changes were driven by dissatisfaction with either the prior insurance company, out-of-pocket costs or provider networks. Specifically:

Enrollment in Medicare Advantage is Growing 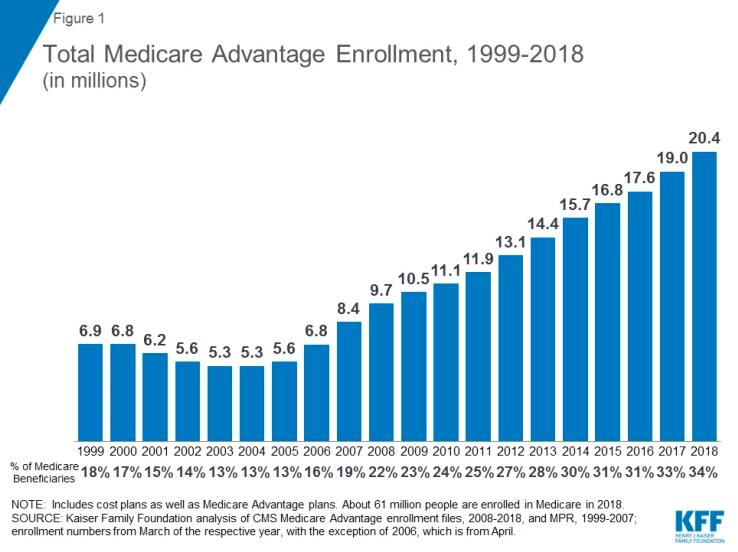 MA plans are increasingly popular with seniors. One in three Medicare beneficiaries, or 20.4 million people, were enrolled in MA plans in 2018, according to the Henry J. Kaiser Family Foundation. That’s up 8%, or 1.5 million people, from the previous year. MA enrollment has grown 84% since 2010.

The ability for seniors to drop a MA plan before the fall open enrollment is helpful for those who missed changes – co-pays, provider network and drug formularies, for example – that inevitably occur each year to Medicare plans.